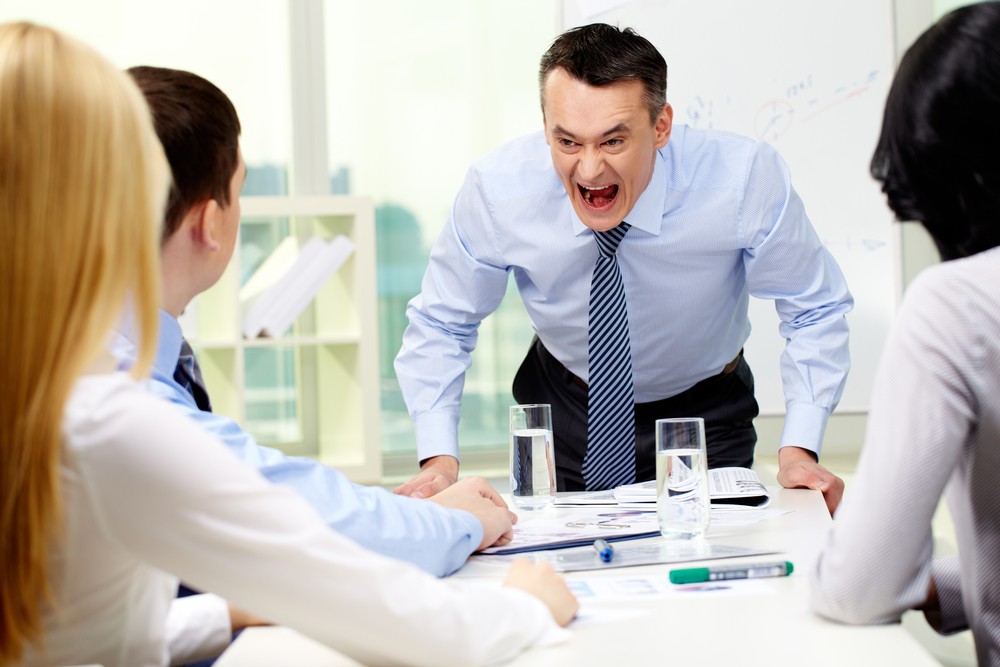 I’m sure most of us have had the “pleasure” (read “horror”) of working within a toxic environment or being led by a toxic leader. “Toxic leadership refers to a process in which leaders, by dint of their destructive behaviour and/or dysfunctional personal characteristics, inflict serious and enduring harm on their followers, their organisations and non-followers alike” (Toxic Leadership: A Conceptual Framework by Jean Lipman-Blumen). The complex characteristics of this type of leader seem what I would call, “Jezebellic”. In case you haven’t encountered this story, we will explore it in another article but in summary; Jezebel was a greedy, controlling, manipulative, murderous, evil queen. Probably the epitome of Toxic Leadership. As one writer illustrated: One doesn’t hear a mom standing on the porch yelling, “Jezebel, it’s time for lunch!” (https://newspring.cc/devotionals/eveandadam/jezebel)

So…let’s start with: how do you know if you are under this version of a leader?

But somehow, with all the above, they are usually extremely “charming” and charismatic. Your intuition says something is off, but you cant seem to place your finger on what’s off. If you bring anything up, they insinuate that you’re being overly dramatic in your reactions or “overly emotional”. They are masters at playing with your mind and heart.

4. They have dishonourable tendencies: They lie and control by changing goal posts regularly, e.g. if you asked for a day off, you will probably have to work doubly hard to earn it back. You may even find the same has been cancelled and you will have to change your plans as “urgent matters have arisen” and you must come into the office. Their inconsistency creates confusion and a sense of “unpredictability” which they thrive on and control. They are untrustworthy and so don’t trust. They keep their cards close to their chest only releasing information in small, controlled bursts.

5. They talk about great values and work ethics but rarely model them: they usually run late and don’t honour other peoples time or energy, they demand “hard work”, dedication, generosity and loyalty and rarely manage to keep the standards they preach.

6. They can “kill your dreams”; you will work long and hard to build their empire. If you do not get out in time or get your bearings, your personal hopes and dreams are crushed. Your important relationships such as your family, will eventually be impacted.

7. They string you along; since they are usually highly charismatic, they promise you big amazing things if you remain loyal and true. They tap into your lack of self-belief, insecurities, desperation…you name it, they access it. They use your fears and insecurities to their advantage. They are pretty much narcissistic.

8. They rarely have accountability or ethical leaders in their lives: they do not have anyone they truly answer to. They don’t take feedback well and can harbour a grudge for “honest feedback” from their team members. Don’t kid yourself…you will pay for what you shared. They are not safe people and can never create safe, collaborative work spaces. They surround themselves with “yes” people.

9. They have no authentic relationships: toxic leaders usually have poor, unhealthy relationships. Their families can be a hot mess and suffer as the individual drowns themselves in various coping mechanisms to submerge their internal fears and struggles. They’re disloyal and usually have no capacity to give love as they haven’t received it much. They have partners and associates, not friends. They are simply unstable and emotional time bombs.

10. They create disunity: Immature or toxic leaders are seriously insecure so they will minimize the risk of being “ganged up on”. You will notice you rarely have joint office meetings or heart to heart sessions etc. They use the divide and conquer rule. It’s easier to control people when they are on different sides of the ring.

11.  Low emotional intelligence and lack of self-awareness: Due to wounding from their past, they have little capacity to deal with truth. Everything contrary to their opinion is an attack. If we don’t agree, we are enemies. It’s like being in kindergarten again. They have to own you and your opinion. I remember the day (after months of emotional turmoil) I broke free from a toxic boss. I uttered “we can agree to disagree” as I finally realised you can never win with a toxic leader and your opinion really doesn’t matter. My boss couldn’t accept that I was not accepting his opinion. I stood my ground and it seriously vexed every cell in his body. That was the day my “people pleasing hat” began to fall off and I was free. I went from trying to be “accepted” by pleasing my boss, to the deep knowing of my own worth and acceptance. I found my voice again and was keeping it! My identity was no longer in his acceptance of me.

A toxic leader may shout and scream or throw tantrums. If not, they will “block” you and speak to others as they try and pull on your emotions by rejecting you and ignoring your existence. They basically oscillate between being a 6 year old brat and 16 year old insecure teen.

11. Lack of general support and mentoring: If they offer mentoring, it will be on their terms. They like to teach and loooove the sound of their voice. After all, they don’t like to listen because they know it all or at least must seem like they do. So where they have control and can “teach” you what to do and improve on, they’re happy. Dare to respond with a different view and you cross the line and become an enemy.

So…what do you feel under a toxic leader?

1.      Fear: the fear and intimidation is real. It fills the atmosphere. Your performance is always being questioned and the genuine fear of losing your job haunts you. Ironically though, this season under this type of leader is actually a blessing. It will reveal to you if you are in a job or in your calling. Your calling can never be taken away from you. Your job can. Take this time to find your calling and work on your internal triggers that partner with the fear that is being spewed out. If they are excessively controlling you, there is something within you that allows it. Explore your internal atmosphere. Begin to deal with any fear, insecurity, self-worth issues, people pleasing tendencies, unhealthy relationship mindsets when it comes to authority figures etc…

2.      Confusion: you may feel a lot of confusion. They create it. They create it so they can control it. They reign in chaos. I remember a time when we would have a back and forth conversation with my boss and he would simply say “that’s not what I said”. So I started writing everything down from our meetings to ensure I was getting it right. The next time I raised a concern as I studied my notes, he simply uttered “that’s not correct, you wrote it down wrong”. As I had so much trust built into this “relationship” over the first few months, I was seriously confused and wondered what was going on with me. Was I not paying attention? So the same scenario played out again, but this time round there was someone else present and as my boss went off on what I hadn’t followed through on (some task I had no clue about), my colleague politely intruded and said “she wasn’t there when we discussed that”. Like a house of cards crushing down, truth fell in. It all made sense now. As if something had been snapped off my brain, I could think and see clearly again. The truth was out. This was not about me and I wasn’t going crazy.

Recognising that you are under a toxic leader is the first step to recovery. The drama is nothing to do with you and is simply a display of their internal world. You will need to evaluate how much your health has been affected and what to do if a move is required. Long exposure to toxic environments will lead to high stress levels, depression and other negative outcomes. You must love yourself enough to come up with a plan to first buffer the toxicity and eventually exit the environment.