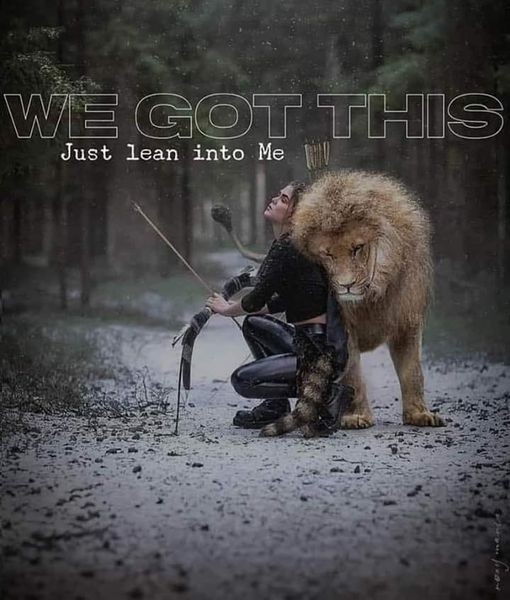 The picture of the King of the jungle lazily yawning in the wild savannah always brings a smile to my face. No worries, no stress. As the humans drive by with their cameras, these beasts barely acknowledge their existence. This posture is one we should get acquainted with; the posture of rest.

As I read of the Israelites leaving captivity I see God’s mercy and love upon them. They had been slaves for 430 years and their spirits were weak: “When Pharaoh let the people go, God did not lead them on the road through the Philistine country, though that was shorter. For God said, “If they face war, they might change their minds and return to Egypt.”

As spirit beings, we should always be pressing into the Lord so He may guide order our steps. Unfortunately, few of us were taught how to hear Him, the meaning of spiritual warfare, knowing what “opportunities” are from Him, or pressing in to find the next steps. So we go around boxing air, fighting shadows, getting into the wrong territory, and being worn out, all as the enemy laughs and tops up his popcorn and coke. Or we take on “opportunities” that lead us into unrest and stress. You take up a job promotion that puts a strain on your marriage, you take on the scholarship for the MBA…you latch on, send a praise report to your bible study group and call it a God opportunity!

On my journey. I have done it. Mostly getting into battles orchestrated by the enemy. I got so exhausted as I tried to figure it all out. From this journey, I see three reasons we end up taking part in this entertainment show for the enemy ( there are possibly more of course):

1.    Doubt: You have brief feelings of rejecting the job offer you so patiently waited for, not engaging the family member right now in the issues that have been… but they are brief, intangible, fleeting feelings, so you doubt and press on. You doubt the impression you feel to be still, not engage, walk away or ignore.

2.    Fear & Worry: You jump into the fight for fear of not engaging and there being consequences. The fear drives you to move out of the place of stillness and safety in God and into the battle zone where you are now jabbing your sword haphazardly all over the place; midnight prayer, 3 am prayer, this church, that church, this prophet, that prophet, deliverance church, healing church. The enemy gleefully orders your steps into confusion, disappointment, disillusionment, and pain. The worst would be Him leading you into death, whether spiritually, and eventually…physically as you become a “needless causality of war” (look up John Paul Jacksons’ teaching). Even as mature Christians, we can fall for this when we oblige to the enemy waving his red flag, taunting us to charge, to pursue. He then lures us into the battle he chooses and we leave the shelter of the most High, our refuge, and engage with limited covering.

3.    Disobedience; plain old disobedience. We trust that we know better as our rebellious or orphan heart looks to capture and seize the moment. We will not release the job offer, we will not let go of that fiancé, we will not. We simply will not, even though we know we should. We ask God to understand.

We as the church have failed in the area of spiritual understanding. It has been the blind leading the blind and it has and is costing us. We operate mainly under God’s mercy and don’t reign as Kings and Priests. This is being changed in this season as we cant play church anymore.

It is extremely dangerous to go into battles we are not prepared for. God knew that the Israelites had already been through so much and simply could not face a battle. Even though it says they were “armed for battle” He knew the state of their spirits. They were probably crushed and weak and needed “healing time” before the next battle for territory. His compassion for what had been and wisdom for what was coming.

We tend to forget that the Lord is a battle strategist. My favorite is reading his interactions with King David, who would always ask for permission and instruction on the battle ahead. The answer would usually be a straight yes. In this instance though, we see an unusual answer from God:

So even when we get a yes, we still lean in to receive battle strategy as it may be completely different from the last time. Over time God provided different strategies for; slaying the giant of fear in your life, the enemy fighting your growth, the illness stalking your family. Each battle He allows you to engage in has a strategy and resources from heaven to back you.

So in this season of waves of uncertainty and mountains of intimidation and fear, may the Lord flood our hearts with light as He opens up our eyes of understanding and showers us with His spirit of Wisdom. May He give us boldness to take the territory He has assigned to us and wisdom to walk away from what is not for us.

I declare over you that your ears are open to hear His instruction, your eyes open to see the battle strategies. Your heart is at rest, for the Lord of the angel armies always goes before you.